﻿Porchétta﻿ [porˈketːa] n. roasted pork with crispy skin, highly seasoned with aromatic herbs and spices, garlic, sage, rosemary and wild fennel pollen. Typical plate of the Roman cuisine. Slow cooked Italian fast food. It is a savory, fatty, and moist boneless pork roast of Italian culinary tradition. The body of the pig is gutted, deboned, arranged﻿ carefully with layers of stuffing, meat, fat,﻿ and skin, then rolled, spitted, and roasted, traditionally over wood. Porchetta is usually heavily salted in addition to being stuffed with ﻿garlic﻿, rosemary, fennel, or other herbs, often wild. Porchetta has been selected by the Italian Ministero delle Politiche Agricole, Alimentari e Forestali as a "prodotto agroalimentare tradizionale" ("traditional agricultural-alimentary product", one of a list of traditional Italian foods held to have cultural relevance).

In Italy
Although popular in the whole country, porchetta originated in central Italy, with Ariccia (in the Province of Rome) being the town most closely associated with it. Elsewhere, it is considered a celebratory dish. Across Italy, porchetta is usually sold by pitchmen with their typically white-painted vans, especially during public displays or holidays, and it can be served in a panino. It's a common street food in Rome and Lazio served as a filling for pizza bianca. It is also eaten as a meat dish in many households or as part of a picnic.

Porchetta is one of two iconic culinary products of the Lazio region, the other being the sheep cheese pecorino romano. Porchetta is also common in Abruzzo. Porchetta abruzzese is generally slow roasted with rosemary, garlic, and pepper. Porchetta from Umbria is stuffed with the pig's chopped entrails mixed with lard, garlic, salt and plenty of pepper and wild fennel.

Porchetta trevigiana (from Treviso) was developed in 1919. In it, pig is slaughtered when one year old, then its meat is stuffed with salt, pepper, wild fennel, garlic and white wine. It is then roasted inside an oven for seven hours at 200 °C (392 °F). The porchetta is today a popular dish in Venetian cuisine.
​
The dish is also a staple of Sardinian cuisine. There it is known as "porceddu" and is roasted over juniper and myrtle wood fires.

Abroad
Porchetta was introduced to the USA by Italian immigrants of the early 20th century, and is sometimes referred to as "Italian pulled pork". It is in many places served on a sandwich with greens (broccoli raab or spinach) and—controversially [citation needed] -- provolone cheese.

Porchetta is celebrated in the form of a Sagra every July in Austin, Texas.

Porchetta is also very popular in Northern Ontario (notably Sudbury) and Southern Ontario (in areas such as Toronto, Hamilton and St. Catharines) and the term "porchetta" is widely used by Italian-Canadians, instead of simply "roast pork". Porchetta (porketta) is also popular in the upper Midwest having been brought to the Michigan and Minnesota Iron ranges by Italian immigrants.

The Porchetta culture in Sudbury, Ontario runs deep and perhaps deeper than anywhere outside of its native Italy - with a near cult-like reverence observed and practiced not only by local generational Italians, but also crossing every culture and demographic.

Descendants of early Italian settlers religiously passed on their passionate love for this most famous of porcine roasts to their children and friends, and this rustic Italian carnivore classic has maintained deity status for generations in this region. Ancient family secrets of spicing, rolling and roasting are passed on and kept alive through faithful offspring and extended family, extending commercially into the butcher-shop realm as well as in the form of excellent fast food sandwiches offered in various excellent locally owned shops. 'Porketta' Bingo is a popular Saturday afternoon activity at establishments in Sudbury, Ontario and frequented and enjoyed by all - granpas and grandmas, college students and suits, hipsters and beyond. Players typically donate $2 per round and receive a laminated set of three regular playing cards. Cards are drawn until a player matches their three cards. Game winners receive 1 pound of porketta roast and a sourdough bun. Each round lasts six games and there are usually between four to seven rounds depending on the establishment. Proceeds of 'Porketta' Bingo usually go to a local charity or are donated to local hockey associations.

In Australia and New Zealand La Porchetta is an Italian restaurant chain that specializes is pizzas and pastas.

Slowly roasted at various levels of humidity and dry heat the pork comes out meltingly soft and juicy. The pork is kept warm and sliced and assembled to order just like in Italy. We offer up the sandwich with a little bit of everything, or pork three ways as we like to say, fatty belly, crispy skin, lean loin and of course plenty of herbal aromatics.

We source our pork from Kowi ranch where the pigs are raised humanely with no growth hormones or antibiotics ever. Our commitment is to bring you our favorite street food from Italy and make it as delicious as possible in Los Angeles. 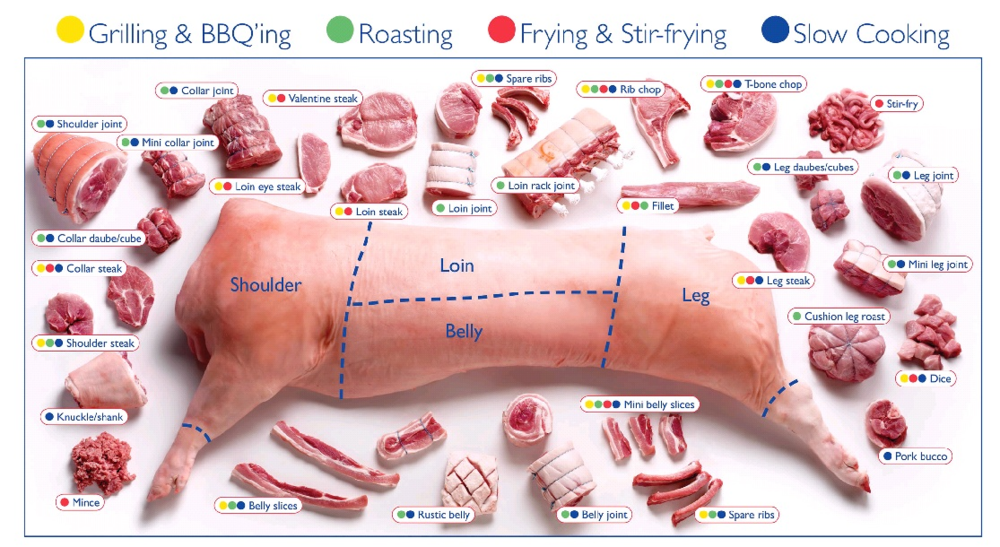 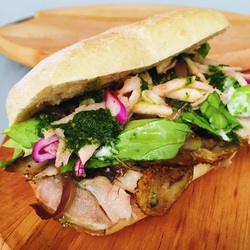 1) the pork itself:  we use only free range, humanely raised hormone and antibiotic free pork from very happy pigs.

2) the bread:  we use a crusty roll called ciabatta baked by Panera Bread in Glendale, CA.

3) the seasoning: we use a heavy hand with garlic, rosemary, sage , salt, wild fennel pollen, lemongrass and secret spices.

5) the salt: we use only sun dried Sicilian sea salt (never treated) harvested from Salt pans begun by the Phoenicians in Western Sicily over three thousand years ago. The production hasn't changed since.

6) the cut: we use lean pork loin and fatty belly to get the right mix of meaty and tender.

7) the cracklin': the Porchetta roasts with the skin on, cooking 9 hours up into crisp flavorful yummy meat that some customers actually ask for extra.

8) no condiments: in Italy Porchetta comes as is and we believe that our Porchetta doesn't need condiments. That said we always have hot sauce, mustard, lechon sauce, sweet sauce or BBQ sauce for those who just can't live without it. 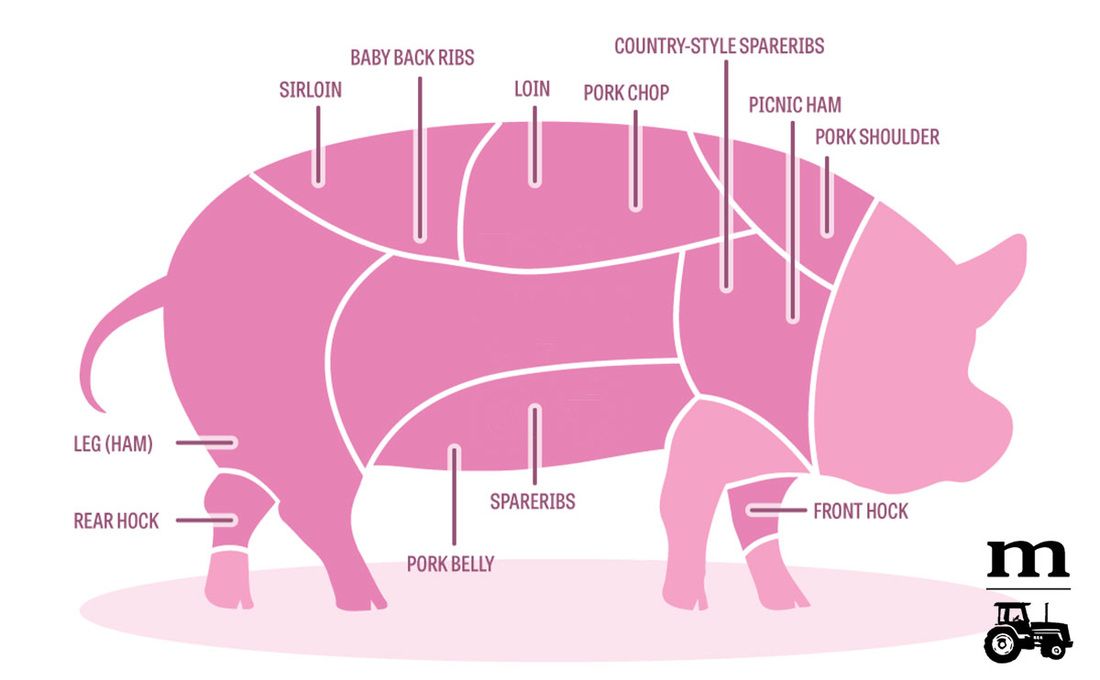 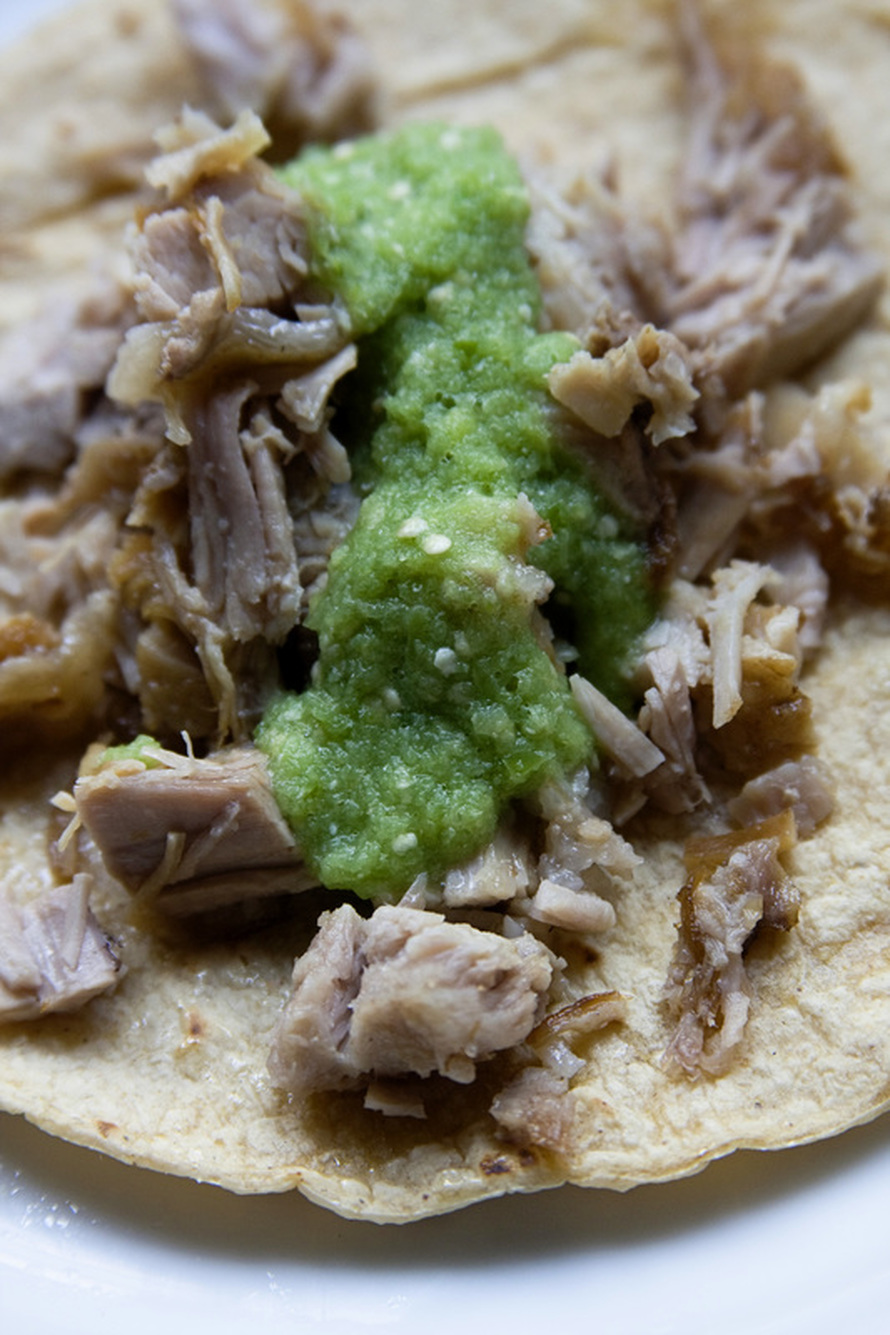 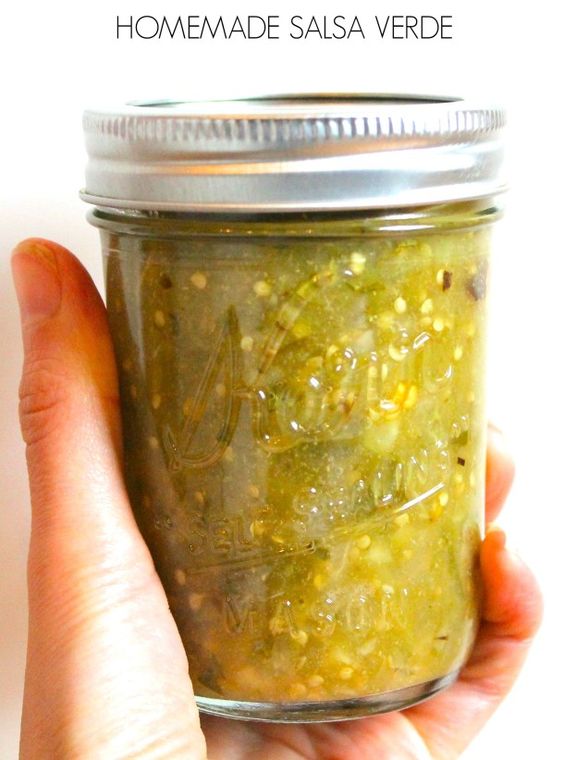